Please ensure Javascript is enabled for purposes of website accessibility

Your Community. Your News. We’ve got you covered!

Navarre Press delivers news and information to the communities of Santa Rosa County. Navarre Press is pledged to an aggressive, responsible and fair pursuit of the truth without any fear of any special interest and with favor to none.

Navarre Press was founded in 2000 after Sandi Kemp asked a local newspaper if she could help them with graphic design and they declined. Sandi started Navarre Press by building a staff of seven employees and several freelance writers, and has kept the paper going strong for more than two decades.

Our newspaper’s only license to publish is the freedom of the press clause in the Constitution. Navarre Press is pledged to an aggressive, responsible, and fair pursuit of the truth without fear of any special interest and with favor to none. It is our social responsibility to listen to the voiceless, avoid all acts of arrogance and to face the public politely and candidly.

Dan grew up in the middle of nowhere Pennsylvania playing sports and milking cows, but it was Florida where he discovered his love for volleyball and art, and where he met his wife Emily. Dan is a graphic designer and has been a part of the family since the fall of 2021.

Dan has always had a passion for people, and he has been able to use his talents and skills in design to touch the lives of countless people who see and use his work. Dan has always been a huge fan of Transformers and the idea that there is more than meets the eye in everyday life has inspired him to elevate his designs and art.

When he is not working, you can find Dan playing volleyball, gaming or building a new lego project. When he moved from Pennsylvania, Dan adopted the salt life and became a Floridian for life, however he will always be a die hard Steelers fan.

Dan has always had a heart for people, and it is helping people, making someone smile, and daily making the world a better place that drives and fuels him.

Superpower: the super curvy volleyball serve that everyone hates.

Born in New Market, England (very cool – only he missed out on most of a dialect spare a few words), Thomas is a graphic designer and has been with our family since 2017. He and his wife Ashley have a darling daughter Emmy and son Owen.

Thomas is a bit of a Spiderman admirer and says he most closely identifies with none other than Peter Parker. In fact, if you were to look at his desk right now, Spiderman figurines are there lending their creative inspiration to Thomas.

Thomas played basketball and football in high school, but he enjoys watching all sports. But if the office walls could talk – he is really an Orlando Magic fan! He also said if the art/designer gig didn’t work out, he would have studied marine biology. He did play drums once for a punk rock band (admittedly horribly). Thomas – keep your day job.

If he could be anyone for a day – it would be a billionaire (any one will do). A billionaire probably would not notice the dollars he could spend in a day. Thomas says the three traits that define him are loyalty, imaginative and open-mindedness. And his motto is “Grow through what you go through.”

Superpower: Resilience though he wishes it were telekinesis

Kaitie is our community reporter at Navarre Press, emphasis on the community. She loves covering stories about people, businesses, events, schools, pretty much any story where she can spread sunshine. She’s also our video guru. If a picture is worth a thousand words, one of Kaitie’s videos is worth a million.

Kaitie loves music, playing guitar, piano or ukulele, while singing at the top of her lungs any chance she gets. Kaitie says it brings her joy to play and sing in the praise team at her church, First Baptist Church of Navarre. She has a dog named Luna (half black lab, half miniature golden retriever) who she loves with her whole heart.  She is a proud alumna of Florida State University and loves cheering on her Noles. In Kaitie’s spare time, you can find her somewhere near the ocean, either surfing at the beach with friends or soaking up the sunshine on a boat with her family. She has never met a stranger and will go up and talk to anyone because she just loves people.

Brian is our sports writer who makes our high school athletes look like the superstars they are. His coverage is unmatched in northwest Florida. Brian eats sports for breakfast and breathes it all day, although he does other great coverage for us in different areas. But he really shines in his sports coverage. Brian takes a genuine interest in the people he writes about and usually finds a unique angle for a story. He has been part of our family for six years.

He played basketball in high school, but he wasn’t quite tall enough to play it beyond it. The office’s favorite trivia game is to guess Brian’s age – you would be surprised by the answer. But we all figured out his secret when he went to St. Augustine recently and posted photos of himself drinking from the historic Fountain of Youth. Now we are all planning a trip.

Brian says he would like to be Michael Jordan for a day – no surprise there. He chose the greatest basketball player of all time. He and Meighan enjoy life with Greyson the wonder dog, who keeps them both busy with his stubborn will. They enjoy going to the beach, traveling and just relaxing in front of the TV.

Brian has written and published a book,  “Perfect Run as No. 1” about the University of Findlay’s run to a championship which produced one of the greatest seasons in college hoops history.

Sandi has been with our work family the longest – because she started the family. Yes, she owns Navarre Press and Sandpaper Marketing, but she really is the chief cook and bottle washer, toilet scrubber, trash taker-outer, decision-maker, shopper and everything else it takes to manage two businesses. She chose three words to describe her role – fulfilling, creative, and problem solving. All done with no complaints.

When she isn’t working – she is still working. But she enjoys cycling, reading and baking. We enjoy the baking and cooking hobby the most. Red velvet cake, banana spice cake, taco soup, chili – it is all delicious.

When asked which character (movie or novel) she most identifies with, she said anyone having to do with truth, justice and the American way – duh. For that reason, around the office she is known as Wonder Woman. Her current favorite quote is “Working hard for something we don’t care about is called stress. Working hard for something we love is called passion.” – Simon Sinek

How does Sandi recharge from her non-stop schedule? By passing out on the couch and sleeping the day away – nope! She exercises (elliptical and rowing) while listening to inspirational music…and maybe a little dancing. She loves spending time with her family. Her two beautiful daughters, Claire and Emily and her two sons, Erik and David give her much to be proud of. And, her husband John is her best friend and her rock. If she could be anyone for a day, she would be one of her daughters to see herself through their eyes so she could improve.

Dickie is the production manager at Navarre Press and has been with us for 16 years. He designs and lays out Navarre Press each week. He works with all our great writers to come up with exciting ways to present the stories they write. You may have seen him taking photos at the Navarre high school football games. Go Raiders!

Born in Boston, MA, he graduated from Greater Lawrence Vocational-Technical School in Andover, MA where he studied graphic design and was captain of the track and cross country teams. He then enlisted in the US Marine Corps in 1976 and was stationed in Washington, DC as a member of the USMC Silent Drill Team and in Quantico, VA as a member of the USMC All-Marine Track Team.

He’s also an artist working in oils, acrylics, charcoal, colored pencil, almost any media including computer illustration. (Sometimes he does caricatures). He love all sports and has played on semi-pro hockey and baseball teams in New England. He ran for the Whirlaway Racing Team in Methuen, MA.

He married his wife Wendy 36 years ago and came to Gulf Breeze 27 years ago.

He’s a musician and singer. He plays the guitar, bass and piano. When he’s not here at the Navarre Press you may find him at a local concert venue around the Gulf Coast performing as ‘Paul McCartney’ in his Beatles Tribute Band, ‘Not Quite Fab’.

Superpower: The ability to fly

Bethany has been at Navarre Press since August 2020 and she may be the quietest member of the team. Her service dog, Archer, may have the hardest job. He spends his day napping and accompanying Bethany unless she releases him to “go make a friend.” Archer makes as many friends as he can, particularly on Tuesdays when he helps Bethany in the newsroom.

She has lived in Florida 10 years, spending four years in England before that. She has also called Utah and California home.

When not at work, she volunteers with a lot of local veteran organizations to help veterans get connected with the resources they need.  She also enjoys spending time with her family and riding her motorcycle.

Before Navarre Press, she was a staff accountant at another business for three years, and before that, she was in the Air Force for 11 years.  She worked in aircraft maintenance and traveled the world, mostly places in Europe and the Middle East and did two tours in Iraq.

Her family makes her happy and she enjoys numbers because they make sense to her.

She has been married for 16 years to her husband, Allen.  They have one son who is 9 years old. Allen is a registered nurse and mostly a homebody. Their son is completely the opposite and is very outgoing. They camp, ride horses, to go the beach and explore new places as a family. 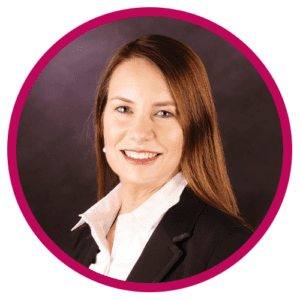 Sandi is a native Floridian and she and her Air Force husband, John, made Navarre their home in 1993 when he was transferred to Hurlburt Field.

Sandi started the Navarre Press in 2000, building a staff of seven employees and several freelance writers, and has managed to keep the paper going strong for more than two decades.

It was her love for newspapers and passion for the truth that led her to start the Navarre Press. She is also the publisher and owner of Sandpaper Publishing, Inc., the parent company of the Navarre Press, Holley by the Sea News and Navarre Beach News.

She and her husband have four adult children. David is an officer in the United States Air Force, Erik is a law enforcement detective. Claire is a teacher, and like her mother, an entrepreneur. Emily is a Registered Nurse.

When she isn’t busy with one of her many responsibilities, Sandi enjoys photography, reading, cooking, traveling and cycling.

Originally from Orlando, one would be hard pressed to believe Sandi wasn’t from Navarre because of all she’s done in the area.

“You bloom where you’re planted,” Sandi once said in an article about her devotion to the area.