FWC returns panther family back to the wild

FWC returns panther family back to the wild 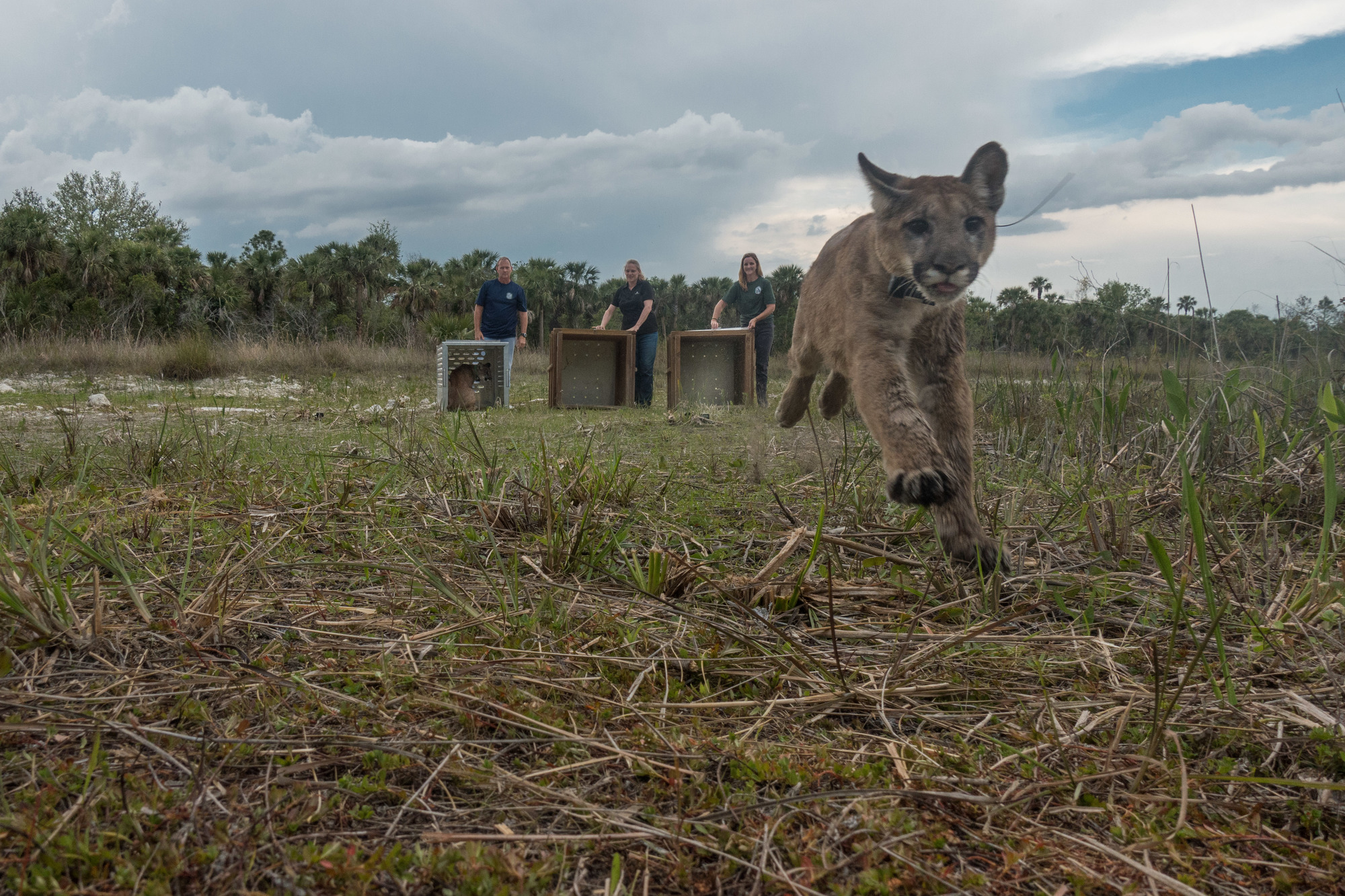 Photo by Carlton Ward Jr. in partnership with FWC.

A female panther and her two kittens are back in the wild today, after spending months in captivity. On April 10, the Florida Fish and Wildlife Conservation Commission (FWC) panther team released the panther family on the Picayune Strand State Forest in Collier County. This is the first time the FWC has rescued, rehabilitated and released a family group of panthers.

FWC biologists rescued the adult female panther, known as FP224, in December 2017 after she was struck by a vehicle on Collier Boulevard in Naples. They took her to the Animal Specialty Hospital of Florida in Naples where veterinarians determined she had a broken hind leg. Following a successful surgery to repair the fracture, the FWC panther veterinarian took the panther to White Oak Conservation Foundation for rehabilitation.

In June, FP224 produced a litter of one female and two male kittens, and biologists suspected these kittens were near where their mother was injured. They set up cameras to locate the young panthers, and two of the kittens were photographed and captured immediately thereafter. Unfortunately, biologists were not able to capture the third kitten.

Biologists brought the two male kittens to White Oak Conservation Foundation. They were not immediately returned to their mother so that her leg had time to heal. Last month, the family was reunited in a 1-acre pen to maintain the family bond.

On Monday, veterinarians determined that all three felines were healthy and ready for release.

“Typically, orphaned kittens still dependent on their mothers need to be kept in captivity until they can survive on their own,” said Darrell Land, FWC panther team leader. “However in this case, the mother can continue to raise her kittens, teaching them the required survival and social skills they would not receive in captivity.”

FP224 is not new to the rescue and rehabilitation efforts of the FWC and partners. In 2013, she was struck by a vehicle and had to be rescued. In the years between the two accidents she has produced three litters of kittens, successfully contributing to the Florida panther population.

Florida residents can support conservation efforts like the rescue and rehabilitation of injured or orphaned panthers by purchasing a “Protect the Panther” license plate. Fees from license plate sales are the primary funding source for the FWC’s research and management of Florida panthers.

People can also help with panther research by reporting panther sightings and uploading photos and videos to the FWC at MyFWC.com/PantherSightings.

For more information on Florida panthers, go to MyFWC.com/Panther.

See video of the release here